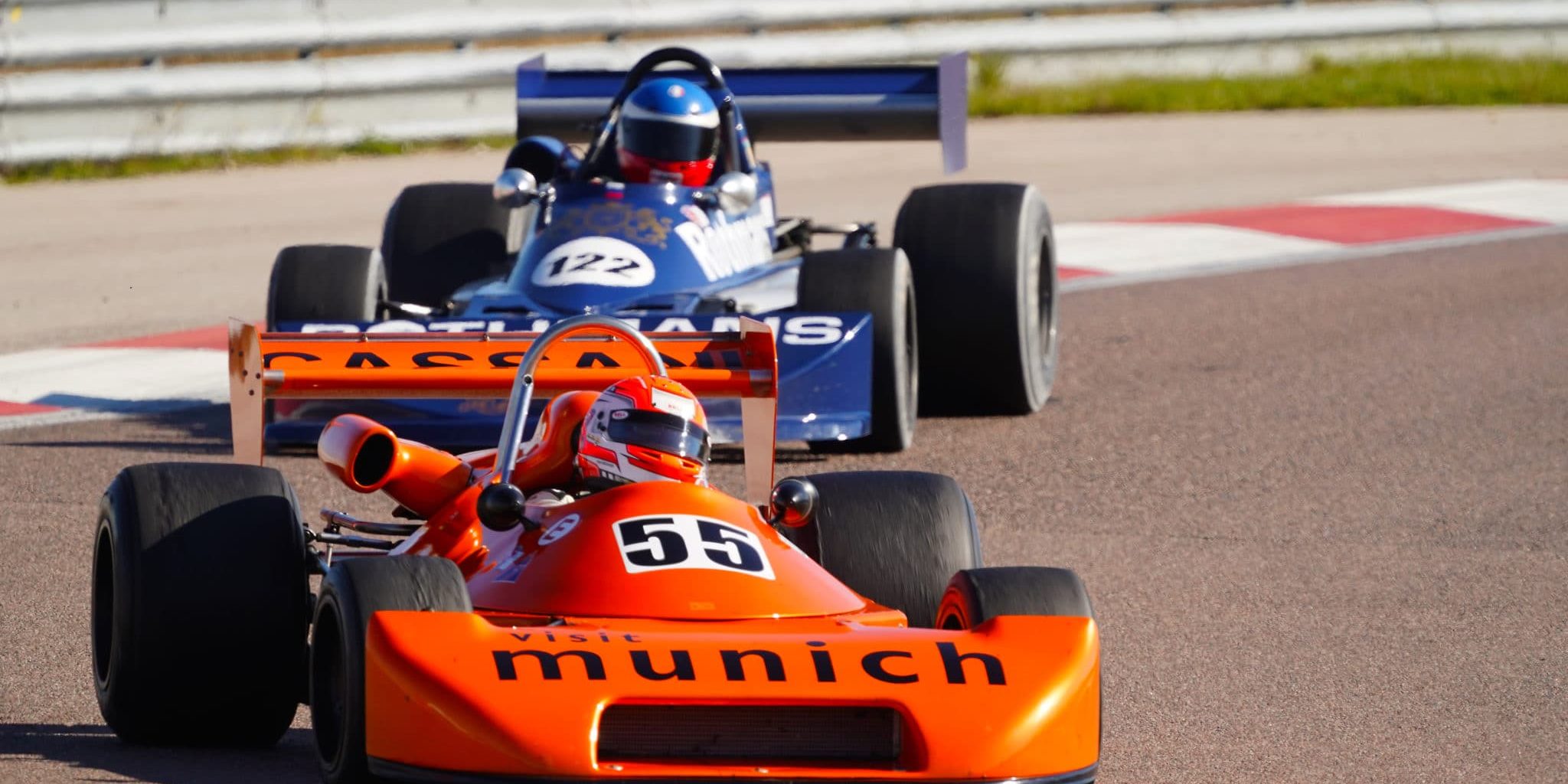 The history of single-seater racing in the seventies

This line-up, created for the event, will be full of charm as the public in Pau will have the privilege of discovering the legends of motorsports in action.

It is a result of a Franco-British collaboration between the promoters HVM Racing and HSCC, the grid will offer a mix of single-seaters, largely revisiting the best moments of the seventies.

The F2s, which were the stars of the Pau GP from the mid-1960s to the mid-1980s, will be making their comeback in the city to compete with the F5000s (F1 cars powered by large V8 engines), and even the real Formula 1s of the period… Among the 22 participants, there are half a dozen F1 cars from the 70s, including McLaren M26, Surtees TS9, Hesketh 308E driven in their time by celebrities such as James Hunt and John Surtees…